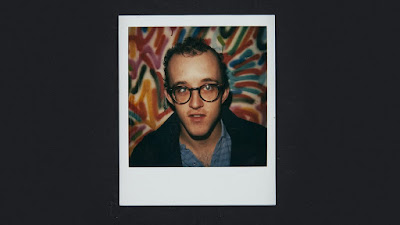 American Masters portrait of the influential artist is a loving look by the people who knew and loved him.

While I like Harring's art I was never a huge fan. At the same time I realized that I knew very little about the man and I felt that I should since he is still a major force in our culture still.

The film is a breezy telling of the story. The film beautifully explains who he was and how he changed not only the art world but the larger one as well.  Its a joyous celebration of a guy from small town in Pennsylvania who made good and then some.

I really liked this film a great deal. It opened my eyes to someone I barely knew about. It also made me misty towards the end when the story of his passing was recounted.  Its so good I want to see it again