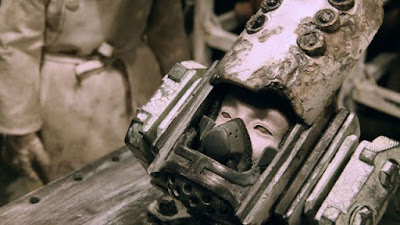 Takahide Hori's masterpiece JUNK HEAD is unlike anything you've ever seen before-unless you saw the short the film spring from. A futuristic post apocalyptic stop motion feast it will simply make you go wow repeatedly as you realize that this was done by hand.

Set thousands of years in the future when man has kind of become immortal and expedition is sent to the bowels of the city (earth?) where the clones and man made servants were sent to dwell after they had revolted. They want to see what is happening down there.

I really have no idea what to tell you this film is like.Echoing things like Fraggle Rock, Ralph Bakshi's WIZARDS, MAD MAX, and a dozen or more other things the film spins out in all sorts of ways. WHile I could tell you more of what its like it belies the truth which is the fact the film is truly it's own things. Hori has, like his creations, bits of other films for his own use. JUNK HEAD is not any of the films I mentioned but its own wondrous film. 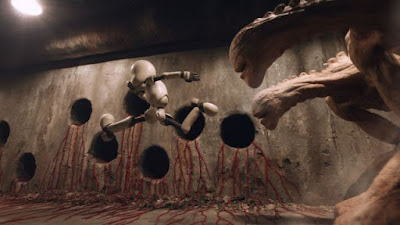 I was entranced just watching the various riffs and background details whiz by.

This is pure cinema magic of the highest order.

If you love unique visions or are an animation junkie you must see this. 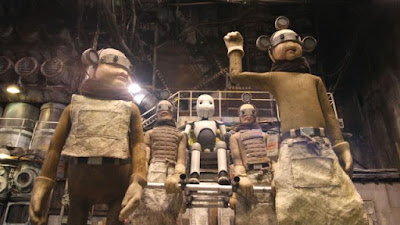