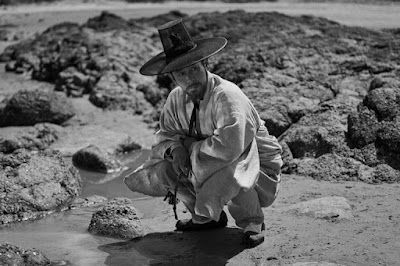 In the waves of anti catholic feeling a noted scholar is sent to a small island.  There he begins a friendship with another aspiring scholar who is rising up in the ranks of the imperial court. As he spends more time in the village he begins to fall back in love with life and the starts work on a book detailing the various food to be had in the sea.

Small gem of a film is a lovely portrait of life of the characters. While the initially had me thinking that I was going to get some grand drama of court intrigue, I instead found myself in a small scale story of real people. It’s a tale of friendship and people that hooked me more than any big epic could with characters I will now carry around with me,