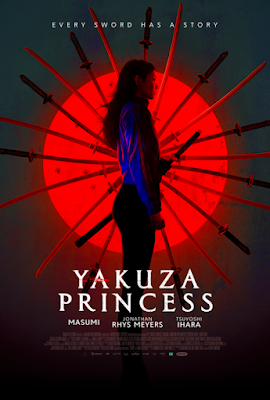 Japanese woman living in Brazil is hunted by the Yakuza who want to kill her because she is next in line to run the organization. It is a fact she was completely unaware of until they came after her. She is helped by a man with amnesia.

Based on Samurai Shiro  a graphic novel, YAKUZA PRINCESS feels like it's the first arc of a longer story. Its a film that takes a very long time to set up all the characters, without building any of them. Its a slow building film that ends just as it gets good.

While not bad, this film is painfully slow. Its a film full of sporadic talk, lots of silence and not enough action. Its a film more interested in looking good than giving us the goods. We are almost an hour in before we get the first real action scene only to have the film slow down again. I was nodding off  several times.

While I'm not a fan of this film I'd be curious about a sequel since the film ends just as it hits its stride, however I'm not sure it will happen because this film that may not be well received enough to get one. 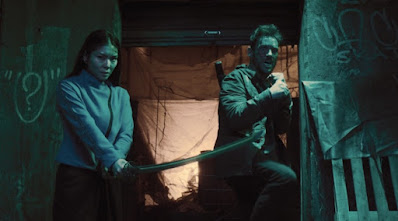