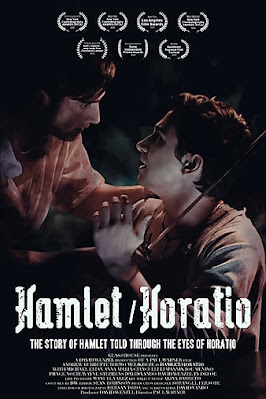 The life and times of Hamlet are recreated by Horatio as a TV program in response to Hamlet telling him to tell his story.

Wildly uneven retelling of Shakespeare's Hamlet probably would have been better  on stage. This is the result of  the decision to film much of this is as if it was a stage performance. Why use a camera if you aren't going to do anything with it? Indeed if Horatio did have a camera wouldn't he have wanted  to do more than just do straight reporting?

I'm also mixed on the script which cuts the four hour plus play to an hour and a half. I understand this from Horatio POV but there still should be more here. And I won't go into the performances which ae all over the place.

Reservations aside the film does have moments. Some of the scenes play nicely and make this worth a look if you are a Shakespeare fan.