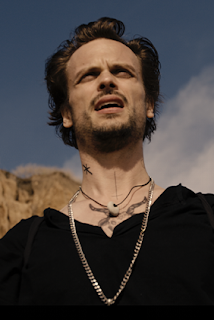 KING KNIGHT is about a modern witch who has to re-evaluate his life after his past comes to light. It's a California inde comedy that tries way too had and just misses the road for the rut. The jokes are there but it never manages to pull them all together. 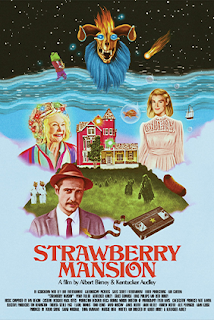 I saw STRAWBERRY MANSION at Sundance and didn't warm to it's charms. Deciding to give it a second try I put the film on as part of Fantasia. Sadly this quirky tale of a dream tax agent didn't work for me. I know people who loved it but  for e it just tried way too hard. 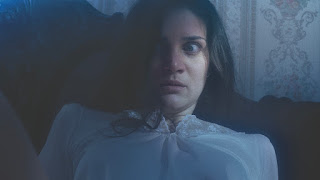 I don't have a great deal about GHOSTING GLORIA. It's an amusing sex comedy about a young woman who is miserable. Her fiend thinks she needs to get laid. Suddenly the young woman's life is tuned upside down as she begins an affair with a ghost. This is a well done frequently funny film that isn't deep but is wonderfully entertaining. Definitely worth a look 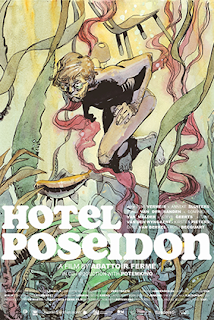 HOTEL POSEIDON is a form over content film where being strange and off is the way of choice. I was game to give the film a go for a while, I mean the opening credits sequence is awesome, but the affected way everything is set up coupled with long takes and lack of a sense it was going anywhere tuned me off. By the time I hit the end of the film all I leaned was the payoff wasn't worth the trip 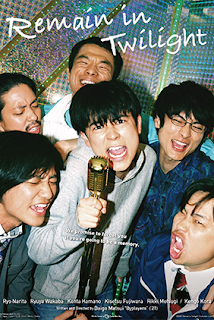 REMAIN IN TWILIGHT is a nice little film. It’s the story of a group of friends who get together and hang out at a wedding one last time. Since this is screening at Fantasia you can bet there is a twist. It’s a sweet film that left me with little to say other than the desire for me to tell people to see it
Posted by Steve Kopian at August 13, 2021