The story of a website that pushes people to suicide was not my cup of tea. Told entirely via computer screens, cellphones and website posts the film would seem to on target for todays tech savvy audiences. Unfortunately the film has a couple of problems that derail the film. 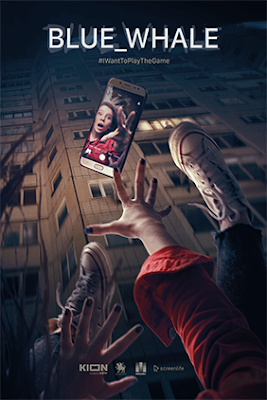 The first problem is the film’s screens with in screens approach grow tiring and out of touch. Its not so much that there is too much information, but rather the screens we see are too often only there for a effect. For example right at the start a cell phone gets cracked and splashed with a color which stays (and changes shape) despite being there for several days. One would think they would have cleaned off the magenta paint.

The second problem is that despite being limited to what various cameras see we see a hell of a lot of material that no camera would catch.  Who is shooting these events? Worse there are several times in the film when things are supposed to be from a stationary camera and they have the movement of a camera person shifting their weight. Things that should be cellphone vertical are often horizontal. The film can’t get it’s own conceit right.

Lastly we’ve been here before any number of times. Outside of the tech dress up this is a story we’ve seen dozens of times over the years  done better. Even going back to the 1930’s and 40’s where people were driven to suicide by letters.

I would pass on this.