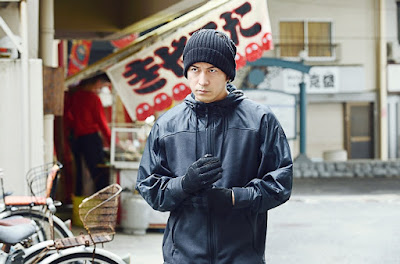 Sequel to the 2019 New York Asian hit about The Fable, an assassin who refuses to kill. This time out Fable has to take on a masked killer who is actually a well respected man who has dark plans.

This time out it's more of the same with humor mixing with crazy violence.  Making a bit more sense than the previous film the film's main selling point is the action sequences. While the characters and humor are fine, the real treat here is the action sequences.  Each sequence had me talking to the screen in the best sort of a way. I was thankful that I was watching it at home because it meant I could go back and rewatch some of the amazing things in the film. Amazing things that didn't look like they were all done with computers.

I had a grand time.

While the film isn't perfect it is fun. As such it is recommended