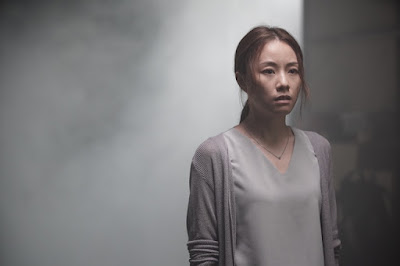 Psychiatrist who says she can enter people's psyches is asked to help with a case where a man killed his family and then tried to commit suicide. As she investigates something appears to be wrong and she has to contend with an unexpected darkness.

If you see this  be sure to see it with headphones or a theater with great sound since the sound design is awesome.

For most of the running time this is a nifty little thriller. To be certain it echoes other films and covers ground we been over before, but there is a skill and drive that makes this something chilling. Its good enough on its own terms for much of it's running time for me to say the film is worth trying.

And I know that makes no sense but I'm not giving any more ay about the film than I have to.