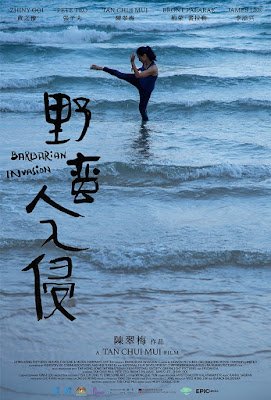 The award winning Barbarian Invasion is a very weird mix of art house and grindhouse. Nominally it is the story of a retired actress and single mother who is looking back into the movies. She is offered a job on a do your own stunt action film being made by the director who was responsible for making her a star. Half way into the production she learns that the only way the film can continue is that if the production casts her ex-husband as co-star.

The section of the making of the movie plays like a serious art house film about a mother trying to put her life together. It’s a very good film that plays like a slice of life.  The film transitions into the film being made about half way in and the result is one of the better, serious, action films I’ve seen in a long while. Yes film in the film story reflects the art house stuff, but it also stands one it’s own as a killer action film. It may be the best action film at NYAFF this year.

For me the problem with the film comes when  in the final half hour or so the film shifts back to the art house portion of the film. Yes its good, but the shift from thriller to meditative drama is jarring, especially as the dialog bleeds away and there are long silent passages where not a lot happens (the woman walks to and then sits for a long time with a meditating monk). For me the shifting back into a low gear messup the momentum of the film. With the result I like the film but I don’t love it. 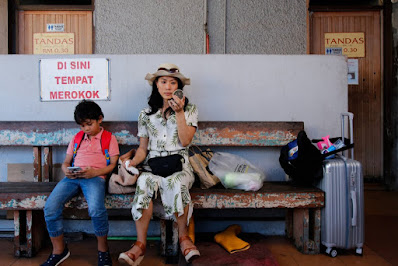