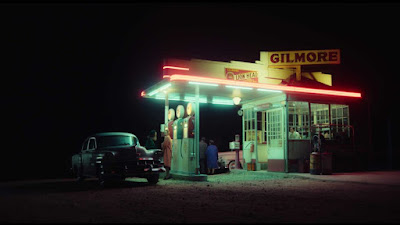 Police in 1995 find a woman looking confused. She thinks it's still 40 years earlier. She is brought to a hospital where her doctor tries to get to the bottom of it.

Allegedly based on a true story tale is the sort of thing  that would be right at home on the Twilight Zone. Its a solid little film  that plays better the second time through when the science fiction twist falls away and this is revealed to be a solid little drama.

Actually the problem with the film is that the construction works against our expectations in the wrong sort of way. I was watching the film waiting for a gotcha ending and disappointed that there wasn't a solid sting in the tail. Watching the film a second time I found with my expectations gone I liked the film more.

Worth a look when the film plays Dances With Films