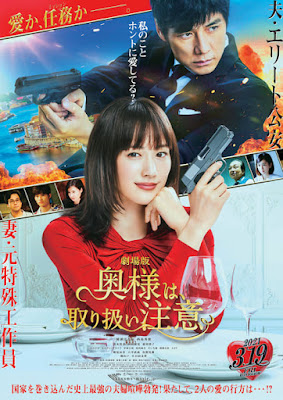 Super spy loses her memory. She is sent to a seaside village to live unaware of who she is. However things ae not as they seem and along with the mechanizations of the town council begin to bring he memory back.

This TV series based action comedy is a great deal of fun. Great characters wander though many humorous situations that allow for some great action sequences. Its a light and frothy confection that will make you smile.

While I have no idea how the film compares to the series I liked this film enough that I may try and track it down.