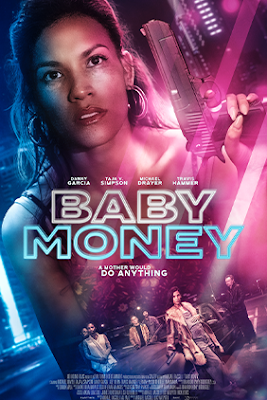 A woman unexpectedly pregnant needs fast cash. Her boyfriend's solution is to get involved in a robbery...and it all goes horribly wrong from there. (and no I will won't say any more)

Excellent thriller was nowhere near my list of films to see at Fantasia but instead becomes one of the absolute must sees. This film blew me away.

While not perfect, there is one or two bumps, the film simply goes from the first frame to the last. Nothing is as expected, hence my refusal to really talk about the plot. I had no idea how this was going to go other than it was going to get worse and worse for everyone until it's resolved. I haven't been this clueless about a film's plot in years. I seriously had no idea how it would go- so bonus points all around.

I don't know what to say except this is is great filmmaking. Seriously this is the sort of film that is why I love the movies.