3 for Japan Cuts 2021 COME & GO, ARISTOCRATS, and GOLDFISH DREAMING OF THE SEA 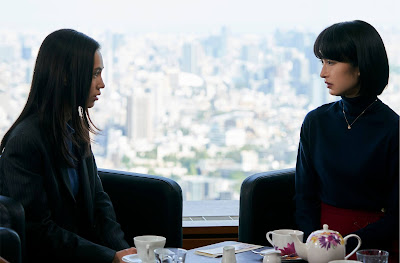 ARISTOCRATS
The story of two women who meet while pursuing the same man. One is being pushed by her family to get married and raise a family while the other is pursuing her career as an event planner.

Exactly precisely the sort of story I dislike is actually a dynamite drama about some really cool people.  Blame my liking this film on the cast particularly Mugi Kadowaki and Kiko Mizuhara in the leads who turn their characters into something much more complex than what we would have seen in a Hollywood version of the same story. Between them they create women we feel we know and whose coming together is something other than just a plot device. 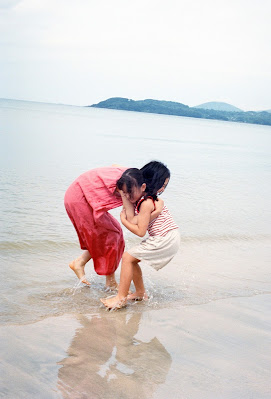 GOLDFISH-DREAMING OF THE SEA
Less a film you want to read about and more one you want to experience. This is one of a number of recent movies that are better to see before you talk about. That may sound counter intuitive but director Sara Ogawa has created a film where the physical action of being in the space of the film creates a reaction in the viewer. Yes I can tell you that the film concerns a young woman in a group home watching over a new arrival and coming to terms with her past, but I can’t tell you about everything that happens around that, the looks, the gestures, the influence of the physical space the characters, all blend together to create a physical and emotional reaction that transcends simply discussing the plot.

This is a small quiet gem of a film and is recommended. 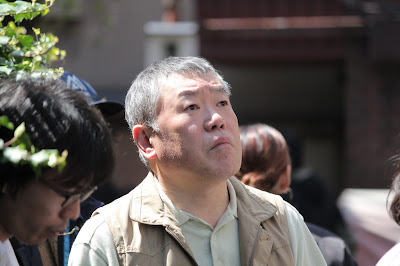 COME & GO
Epic tale of multiple characters from locals, tourists and outcasts all crisscrossing there way across Osaka

I’m going to punk out here and say just see this film. Reminding me like some kind of modern day Robert Altman film COME & GO is a lot of plot threads following lots of interesting people.  This is a film I needed to see separate and alone and not in the middle of a crush of festival films because it’s a film with too much going on to simply  toss off a half assed review. More to the point this is a film I want to see again now that I know how it all ends up.

DO yourself a favor and take some time and see COME & GO you will not be disappointed.