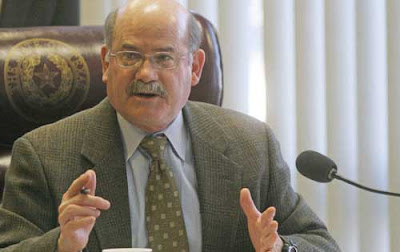 A look at the people who are responsible for buying the text books in Texas, and how what they decide determines what is taught in the rest of country. Its focused primarily on Don McLeroy, a dentist, who feels that the Intelligent Design is the way to go.

Say what you will this film will curl your hair. It's  not so much that they are arguing science vs religion, it's that they are now turning their battle toward social studies where they have made Thomas Jefferson not a mind behind the revolution, and they have made it illegal to teach about the First Amendment's protection of freedom of religion. Of course it's couched in innocuous language, but that's the up shot.

Its a frightening portrait of hubris and wrong headedness running rampant.

Forgive me if you are for intelligent design, but I think even if you are the rewriting of American history will curl your toes. I was talking to someone after the screening and they said that while they can see the thinking behind Intelligent Design, they were horrified by the move to rewrite history into some twisted idea of reality.

Actually the thing that will horrify you is how the Texas School Board does the revisions piece meal, with the result that you get contradictions and truly bizarre statements. It will make you wonder how anyone could ever hope to write text books to meet their standards. Frankly the people on the board make all of Texas look like backward morons.

The film itself is good not great. The film is too focused on McLeroy  and Cynthia Dunbar (an attorney who teaches law school and has no idea about the rule of law). We don't really see the man who would eventually unseat McLeroy. Nor do we get any sense of how the public views the School Board and their insane shenanigans.

Definitely worth a look.
Posted by Steve Kopian at August 19, 2021