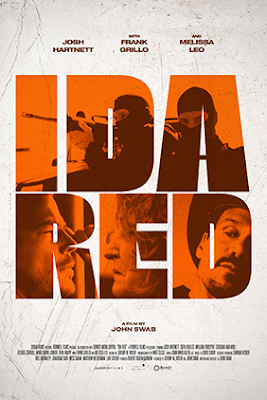 A family in crime is having a bad run of luck. Things go even more off the rails when their matron who is behind bars is diagnosed with terminal cancer and wants to get out to die free.

Dark family drama is part of the wave of films that have been spawned in the wake of  Animal Kingdom movie and TV series. Its full of violence and bad people we hate to like. Its a film with a really mean edge.

As good much of this is the plotting is all over the place. Its build as a jail break film but that only clicks in in the second half. Before that we follow the various circles the characters take as they commit crimes and have things go down hill. The whole subplot about the granddaughter seems to have been artificially injected, much like in the Danish film WILDLIFE. It doesn't help that the actress playing her seems about 25 and not 15. (And pushing her drinking and smoking into the front is wildly intrusive)

Forgive my quibbling. It comes from love. The stuff here that works is fantastic. I just which it wasn't as rambling.

That said because the good stuff is do kick ass this is recommended.