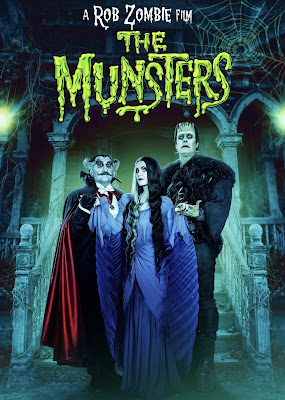 Rob Zombies prequel to the classic series is a brightly colored over the top take on the old series. Trying way too hard to be as broadly funny as possible it was slammed by most critics upon its release to Netflix.  Wanting to see something not particularly taxing I sat down to see what all the fuss was about.

More amusing then funny, the film is not as bad as the critics would have you think. Yes the film is way too silly for it’s own good so there is a chance that the tone will kill it for many people out of the box. However it’s clear the material is being handled with love and respect which helps take the edge off.

Personally I think the problem with the film is the garish colors. This should have been filmed in black and white like the series. Doing so would have given the film  a sense of nostalgia the film is seriously lacking. Besides as you saw with the original big screen adventure of the Munsters, the film really doesn’t really work in color (okay yes the recent series are okay).

Worth a look for those with an open mind or like silly.