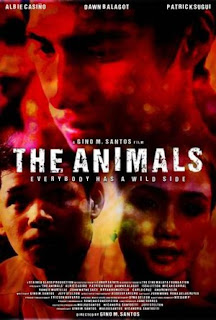 Story of a bunch of rich private high school kids before, during and after a party. They kids think they have it all but life and its complications get in the way.

Award winning drama and box office hit is an okay examination of the idle rich's kids. I've read that this film kind of rattled some cages in it's home country, and that maybe true, but for me the film is nothing I hadn't seen before. Pick a cliche and you'll probably see it here, corrupt parents, oblivious parents, kids trying to be cool, kids doing drugs, the petty jealousy, it's all here. It's not bad but it isn't anything remarkable.

To be certain the cast fine, if a tad a little long in the tooth. Some of the kids seem a bit older than they are playing. The trouble is that the film and the lives it depicts are too perfect. Everything looks right but unlived in with the result that, couple with the been there and done that nature of the script it seems like its dress up instead of real life.

Ultimately its an okay film, but nothing that I'll remember in a week or two.
Posted by Steve Kopian at July 05, 2013