I'm too tired to write up today's films. It was five hours and two films of mind bending madness.
BAD FILM is Sion Sono's 20 year long project that is a unique indescribable film requires more words than I can give it.
HENTAI KAMEN is a film about a high school student who turns into a super hero when he puts panties on his face. Its mostly a very adult blast... James did the introduction which is game set and match for his managing to steal the title of best host at the NYAFF... I mean would Grady get in the spirit of a film by putting panties on his head and stripping? I think not.
Here's proof it happened.... 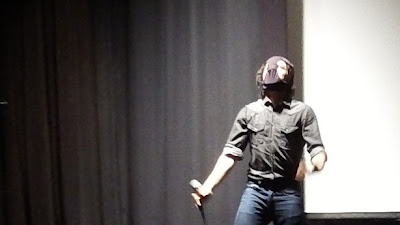 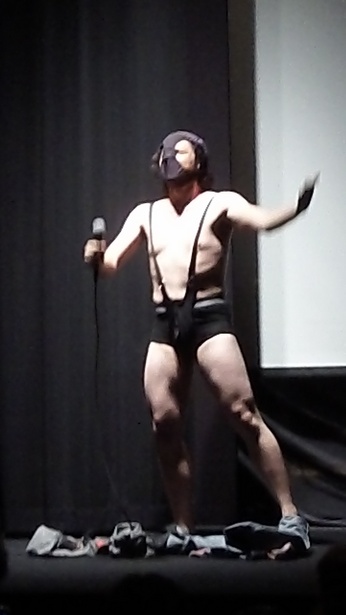 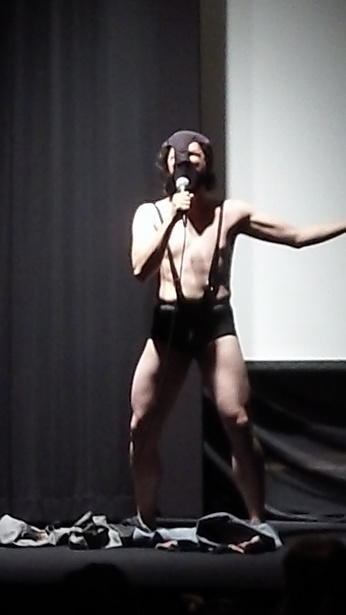