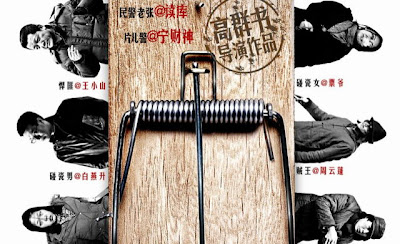 Gao Qunshu, the man who made three truly great films you’ve probably never seen- Old Fish, a masterpiece, and then some about a bomb disposal officer, The Message, about spies in occupied China, and Wind Blast, a form over content modern day western set in Mongolia comes Beijing Blues about a few days in the life of a policeman in Beijing.

Following cop Zhang Hui Ling as he goes on on the street to track down the bad guys, the film feels less like a film and more like a genuine slice of life. There aren't a ton of cut aways, we don't get into the action as we would in a conventional crime film, here we're  on the outside looking in, as if we're in the crowds where the arrests go down or in the backseats of the cars that track the prey. At other times we're across the table at a meal,sitting as if we are simply one of the guys. This is friends eye view of a cop and his daily routine.

Magnificently shot by Qunshu the film has a verite feel that few fiction film have ever matched. I say this because the film is filled with well known stars as many of the crooks and con men, but at the same time I think you'd be hard pressed to single any of them out

If you want life on the street this is it. I'm guessing that like Old Fish, this is based on real life stories,which makes it all the more real.

A big winner at the Golden Horse Film Festival where it took three awards including Best Picture, this is super film and an unexpected treat. The unexpected label comes not from thinking that the director would give us anything other than a great film, rather, it's construction and feel is so different than any of the other films he's done. Yes the film is I believe second in a series that began with Old Fish, but other than being a realistic cop film, it doesn't really feel like the earlier film. And as for Wind Blast and The Message this is even more different.

With Beijing Blues Gao Qunshu seals the deal and places himself at the top of the directorial pyramid of truly great directors. He is without a doubt one of the best directors working today, the real question is why doesn't anyone know who he is?  Well the guys and gals at Subway Cinema do and it's thanks to them that I have seen his work and can now help spread the word. 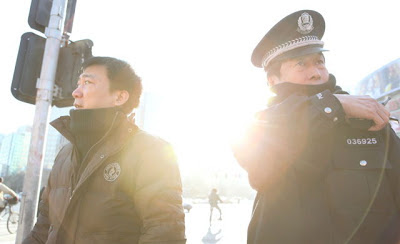