I took 152 photos at the screening of GREAT WAR last night. Thats insane- but the result of having one hell of a time at the movies.  I've picked out a few to share with you. I've also included links to the introduction by the guests and complete Q&A thanks to Chocko who acted as my wingman and was damn fine company. 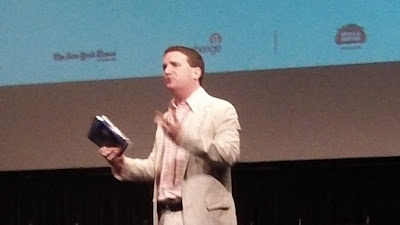 I know this isn't the best picture of NYAFF founder Grady Hendrix, it's a bit fuzzy, but at the same time it conveys the notion that he really is a Reverend spreading the word of Asian cinema to a world in desperate need of enlightenment. Can I get an Amen? 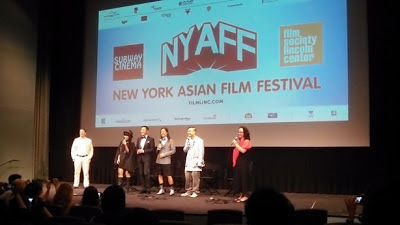 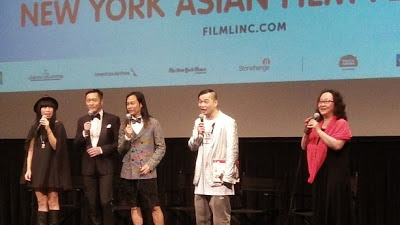 A better picture of the guests. 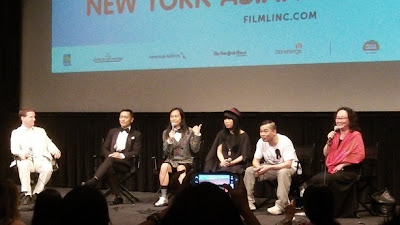 The Q&A starts. It was one of the easiest Grady ever conducted since everyone just picked out people to ask questions on their own and simply answered them. The importance of the picture is that its one of the few that I took where Eric Kot, leaning forward, isn't speaking. 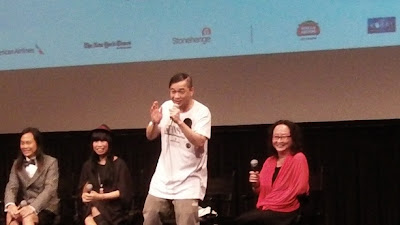 One of the funniest people I've ever seen, Eric Kot speaks....making everyone laugh 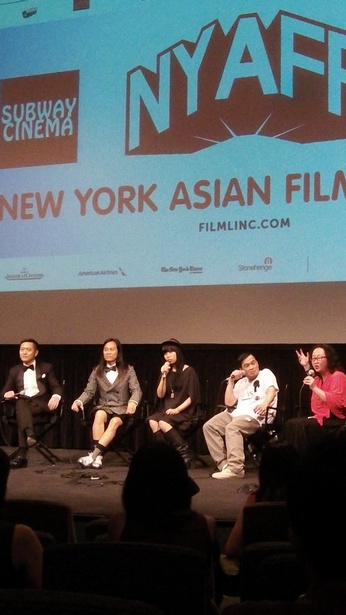 View from five rows back of the guests. 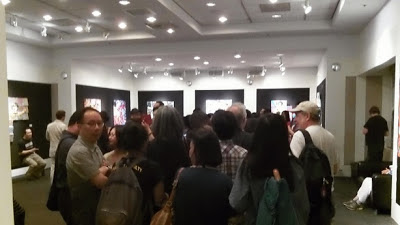 After the talk the autograph line begins to form....

Chocko, the camera man of the hour, has posted a good chunk of the introductory remarks the guests made and the complete Q&A. They can be found by clicking on the following links:

The Introduction to GREAT WAR