If the first 4 minutes don't grab you then you might as well get up and walk out before it goes any farther. If you don't want to know why what happens and where it goes from there you're probably not breathing. 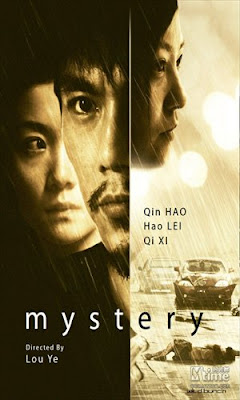 I won't say more than that...actually I'm not going to say very much about the plot of the film because its very knotted nature makes it very difficult to discuss without having some twist or turn revealed. You may think I'm joking but I'm not. I can't tell you about this film without somehow revealing something which will reveal something else.

The plot of the film focuses on a couple with a daughter. Their relationship maybe in a rough patch. What follows is a tale that in turns is a family drama, infidelity story, social commentary, murder mystery, film noir and a couple of other things. Its a carefully plotted film structured for maximum effect- and structured so that each section of the film brings you logically and perfectly to the next.

To be honest I went into the film with no expectations and completely had my mind blown. Going into the film I was trying to simply get through the stack of festival screeners. I put it on because it was short and I wanted to get to bed early. By the time it was done I wanted to see it again and also call up all of my friends to tell them. I had my mind blown so badly that this film caused me to completely rethink the coverage of coverage for the festival, and to kind ignore the rules of when we can talk about a film (I wanted to talk about it first)...I'm talking about it early as early as I'm allowed because if you love great film you should be buying a ticket to see it on the big screen.

The film, which won a ton of awards is easily one of the best films of the year because not only is it perfectly structured,but also because it's damn compelling, with an ending that is touching. One of the real treasures of this years New York Asian Film Festival.

This plays Wednesday afternoon and is worth playing hooky for. 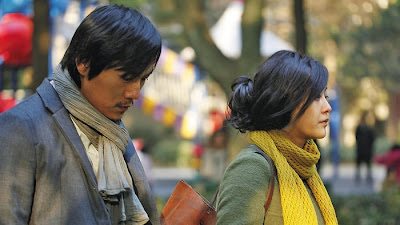