Some Taiwanese Black Films at NYAFF 2013 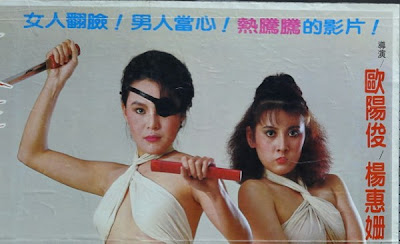 Last Saturday was Black film Saturday at the New York Asian Film Festival. Actually one of the sidebars at the festival was a screening of several of the so called Black Films from Taiwan in addition to the excellent documentary on the subject by Hou Chi-Jan. Last Saturday they ran the documentary and two films by the father of the genre Tsai Yang-Ming. It was a mind blowing afternoon and evening with a genre that I really knew very little about.

Actually I knew a little about it having heard of some of the titles and I believe I’ve seen some of the films (don’t ask which) previously.

The day began with Chi-Jan's s excellent documentary on the subject. Running an hour the film deals, briefly with the history of the films with clips of several of the surviving films.

The Black Film genre or movement started in 1979 with the release of Yang-Ming's NEVER TOO LATE TO REPENT. This film was based on the memoirs of its star Ma Sha who fell into a life of crime, first as a whore house look out, then as manager of a brothel, all before killing a man at 18. The film was raw, violent, sexy and in your face. It’s clear from just the first fifteen minutes why the film spawned copy cats- it’s simply riveting. The film, which was shown last on Saturday, is a bruising film, and even if it now has some unintentional humor it’s still a tough film. The film is open and up front with the dark side of life, hell it’s a true story. It’s a film that makes you sit up and go “hello”. Seeing the film was a real treat (I hope it eventually makes its way to DVD)

After NEVER TOO LATE the floodgates were opened and some 117 similar films were produced. Most of them were based on true stories, and were set in places other than Taiwan which helped them get the nudity and graphic violence (even by today’s standards) around the censors because it was about some where other than here. How even being based on a true story the films still had to battle the censors who demanded changes and crime doesn’t pay ending (ala WOMAN REVENGER).

The documentary is the sort of film that you really need to see more than once because it’s so filled with information you're certain to miss something unless see it a second time. Actually the film is the sort of thing that it enhanced the films it played with by giving you just enough information to put what you are seeing into context. And like many great documentaries it is the sort of thing that you’ll want to see again once you see it’s subjects because you’ll now have a context for what the film is telling you. It’s a daisy chain sort of a film.

The Black Films ran their course over a brief period of four years or so, dying out due in part to government annoyance at the films and the audiences being sick of the films. There simply was too many films and the genre died. Hou Ch-Jan says the genre is pretty much completely dead in Taiwan with the films completely forgotten and discarded.

How unloved are the films?

Most of the films are considered lost after only 30 years. Almost none of the films are on home video, except perhaps on old VHS tapes or VCDs if you can find them. Jared from Bullets over Chinatown said that a few can be found on torrent sites or if you’re really persistent from collectors on EBAY selling a home made DVDR or from a place that has an odd VCD- but be said then the number of titles is incredibly small.

For further proof of how unloved the genre is consider that the recent archival restoration of the NEVER TOO LATE that the Twainese Film Archive did was financed by Subway Cinema.

During the Q&A that followed the documentary someone asked director Chi-Jan if the rise of the Black Film was something that influenced the rise of the Hong Kong New Wave which happened at about the same time. He said he didn’t think so. He think that what happened in Hong Kong was the result of its own series of events.

He might be right, but I’m damn sure that Never Too Late to Repent and the films that followed in its wake were directly responsible for the rise of the mean and nasty crime films that sprung up in the mid to late 80’s and ran until the British left. Call them the result of fear and paranoia at the return to China, but the way they were expressed was something that was seemingly learned from the Black Films. I’m serious here. Take any number of the bleak Hong Kong revenger or police films and mix in some of the Black Films and I think other than some of the endings, you couldn’t tell them apart.

Rarely can you trace as clearly the course of one film influence .

Screening right after the documentary was a later film by Tsai Yang-Ming WOMAN REVENGER.

Shot largely in Japan, with the help of the Yakuza, the film tells the story of a woman who travels to Japan to find out what happened to a friend who disappeared into a life of prostitution. There she runs into the Yakuza who think she knows where some missing heroin is. It isn’t long before all hell breaks loose. Nominally based on a true story, this was what was happening to some girls who went to Japan to look for work, the film does take off on flights of fantasy as a turn of events results in an army of bikini clad women wielding swords. It’s a blast and a half who’s only flaw is a long sequence at a crowded street party.

I think it’s a shame that the films are essentially orphaned. I really think that someone needs to step up and gets these films out on home video so they can be rediscovered. I say this not so much because of their historical importance, rather because the films are just so much damn fun that you want to curl up on the couch with some popcorn and some beers on a Saturday night. Perhaps a box set of a few titles and the documentary? 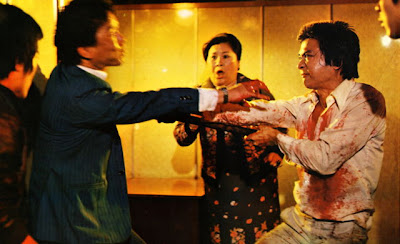