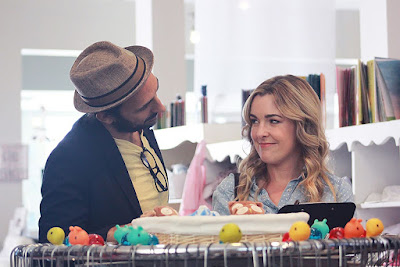 Anna Margaret Hollyman and Amir Arison star as a couple who are in love but are not sure where their relationship is going other than they love to spend time with each other. When an unexpected pregnancy occurs the couple is drawn together, When possible issues with the baby's health occur their lives and relationship is thrown into turmoil.

Earnest and largely well made film is for the most part one of the most straightforward looks at how modern medicine is affecting how we view pregnancy.  Covering a variety of issues from abortion, to genetic testing, sonograms, the film gives us a good, and nicely unsensational look at the issues facing modern couples.

The problem with the film is the structure of the film  makes the first half hour a kind of long haul. The film begins with the couple having the sonogram which we know will reveal a problem. The film then jumps back and forth through time showing us how the couple met and how we got here. I'm not really sure why its structured like that because we know where we are going, and we kind of know what is going to be found once we get there. Rearranging the time frame doesn't add anything especially since it takes so long to get to now. Once we get to know the film stops being bothersome and becomes a good story of a couple facing serious choices.

First half hour aside I like 20 WEEKS. Its a beautifully acted that doesn't take the typical Hollywood histrionic route. The characters wonderfully don't peak and valley as they would in  a studio production, these are adults with love and respect for each other and behave as such.

Recommended for anyone who wants a thoughtful look at a serious subject with real characters. 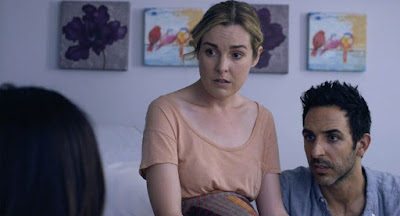