The Scent of Rain and Lightning (2017) Dances With Films 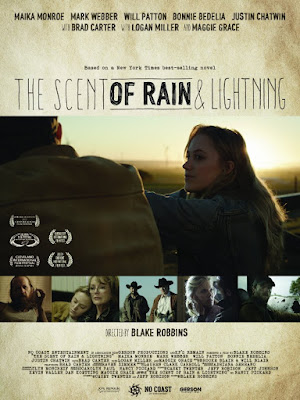 A great cast and superior direction make this modern noir a thing of beauty.

Based on the novel by Nancy Pickard, THE SCENT OF RAIN AND LIGHTNING tells the story of Jodie Linder. She awakens one morning to what she knows is going to be bad news- three members of her family are walking up to her door. It transpires that the man who was convicted of killing her father has had his sentence commuted. As old wound is opened, it suddenly becomes clear that what happened long ago was not what everyone thought.

Told in a wonderfully modulated style that bounces back and forth through time, this is a film of mood and emotions that sucks you in and drags you along. This is a kind of old school noir done now with color allowed to filter in.

Director Blake Robbins and his team of writers are to be commended for transferring Pickard's novel in such a way that the film remains spiritually intact. I say thing because the film alters a few things, such as the time frame which I think covers around 25 years in the novel but is about half that here. The alterations are deftly handled and it makes the film it's own thing as opposed to an exact copy of the novel.

The cast ( Maika Monroe, Mark Webber, Maggie Grace, Will Patton, Bonnie Bedelia, Justin Chatwin, Aaron Poole, Logan Miller, Brad Carter) is stunning from top to bottom and they make the film more than being just a sordid crime drama. Without the cast this would have been a TV time filler in stead of a curl up on the couch with a bowl of popcorn blast and a half.

I was not expecting to like this film as much as I did going in, but I did and I've been emailing people about it ever since.

Absolutely one of the most enjoyable films at Dances With Films and maybe of the year.

THE SCENT OF RAIN AND LIGHTNING plays June 11 at Dances With Films. For more information and tickets go here (Note: The film runs around 100 minutes and not the 73 listing on the Dances website) 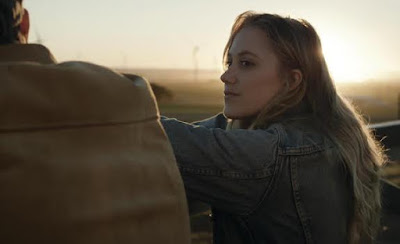