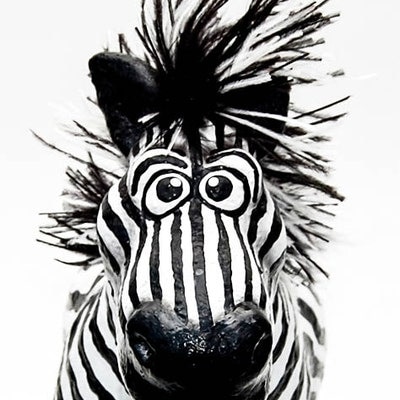 A couple of quick notes about the New York Asian Film Festival that you may or maynot have seen:

Tony Leung Kai-fa is not coming
Eric Tsang is coming
The showing of Mad World has flipped with A Quiet Dream because of Mr Tsang
They are not showing Cold War 2- The Subway Cinema website shows the recent Monkey King sequel replaces it.

An explanation and further details of changes is coming I'm told tomorrow
---
About our coverage of NYAFF...

I think we'll get to most of the films. Most of the reviews are going to be short- if you knew what we have coming beyond NYAFF your head would spin- and it became a question of seeing more of the films with short reviews or of just writing a couple of pieces-I've decided I want to get you word on as many of the films as possible.

(How are they?- atypical as far as NYAFF. There is less genre films and more dramas- Are they good or bad. Yes. There are some truly great films here  though you'll have to wait until next week to find out what the must sees are (hint - Korean thrillers)
---
Several weeks Nate Hood and I had an online discussion about writing on film, pitching think pieces on films before we’ve actually seen the films or letting the film dictate what is written about it. It was an exchange where we talked about how hard it is to be at smaller outlets and how sometimes we want to change what we write to be like big outlet pieces so we are noticed.

I liked much of what I said and I've refashioned it into the piece below instead of a piece to a friend about coming to terms with not being in the mainstream to a general open letter to anyone who writes on film.


You can't go in to a film saying you are going to write a think piece about “X” because until you see a film you don't know what it will reveal. I maybe writing small pieces but I'm not writing anything that doesn't come out of the film.

I've recently been screwed over by going into a couple of films figuring I'm going to write a long piece but instead found the films said little to me. On the other hand some small films I thought would be a capsule have resulted in long pieces

I completely understand some people have word limits or minimums and need to pitch pieces but at the same time that begins to create an artificiality, once you do that you go in having to deliver “X” whether it’s there or not. You kind of have create the thing you’re trying to prove. It instantly creates a false market about pre-thought out pieces. In a way it has created a whole generation of not critics or even film writers but bullshitters for a paycheck. I will create a piece for any POV for a pay check. Why are we getting these wave after wave of pieces on a subject- because everyone is taking one piece and rewriting it or reselling a variation to their editors. No one is really looking at the films to see if their “prefab conclusion” is supported.

What film criticism ultimately should be is something good or bad and why. What does the film do right or wrong? It should be actually based on the film and that’s all. We shouldn’t be doing more than that unless the film pulls it from us. We need the film to spark what we create and not create and the decorate our prejudices with the films.

A critic or a film writer discusses film because of their love of film and because they are diseased enough to have a vocabulary to do so. Most writers don't have the vocabulary or the true depth of viewing to really do their job. Most people’s viewing habits, even film critics are locked in certain tracks. If you read critics long enough you realize that they write on certain types of films because they accord a vocabulary with which they can bullshit. They can pontificate on art films because it allows them to say the things they find easiest to say (or allows them to seem intelligent since it clues in to what they know). They will push the latest Godard film not necessarily because they like it but because it's easier to bullshit about than say Uwe Boll about which they have no knowledge or incorrect knowledge.

Why the writers I like matter, like those around Unseen, is that they have depth of viewing. People like the Unseen family and the critics I read outside of that, watch everything (to varying degrees) and take films as they come. It’s not one type of thing- it’s all things. You can get a Godard reference in a piece and a Uwe Boll in the same piece because they know both directors.

If you go to say a NYFF press screening (or any NYC press screening) and begin to quiz people about stuff and you find they aren't as well viewed as you thought. They don't love all film but only certain types of films. Worse they may actually look down on some genres and dismiss them outright...a direct to VOD horror film? They’d never watch it. A small crime drama? Not unless it’s being touted by a friend or has a star. Even the latest blockbuster is often verboten.

On the other hand why independent writers and those of us at small outlets or under sinks matter is that we don't dismiss we simply watch. We watch everything depending upon our mood and report back. What we turn in, for the most part, are real reviews based on our experience with the broadest spectrum of cinematic viewing. We are watching everything and we really come to understand what really is good, what is bad and we really know what the next great thing is instead of the next over hyped thing.

Those of us from the smaller outlets and the fringe have to remember not to be discouraged. We have to remember we are providing what the mainstream or larger outlets aren’t anymore namely well thought out pieces on film based on a broader knowledge. Even though it’s not always clear we have to remember we are giving the world what no one else can- our voices-and that matters because it isn't cookie cutter in preparation. We need to remember even though it may not look like it people are listening even if we don't know they are there- which is something I'm discovering myself
---
Regarding NY Times 25 Greatest Films of the century so far - NO FRIGGING WAY
---
And now Randi's Links

Inde Chinese animated film pulled
Murder on Orient Express trailer with different music
Behind the scenes of American Gods opening
On the Leftovers finale (it's not a review)
Dorothy Parker
History of the Grim Reaper
How the World’s Most Interesting Man Befriended the World’s Most Powerful Man - POLITICO Magazine
Kurt Russell and the Phoenix lights
On the city of cats
Posted by Steve Kopian at June 18, 2017