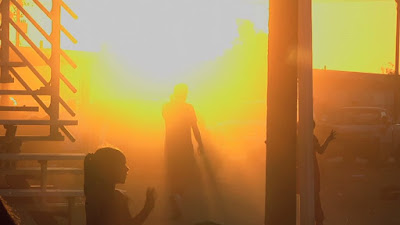 Tribal Justice is one of the best films I’ve seen playing at the Brooklyn Film Festival. The film is a look at the community courts set up in several Native American communities, specifically the Yurok and Quechan communities  The idea is that judges from the community help create real justice and help to keep the offenders out of jail and living as a part of the community. At a time when there seems to be a minor wave of films looking at how the criminal justice system works in the US and how things might be made better Tribal Justice is a breath of fresh air.

Beautifully blending the story of the community court with the story of two of the judges the film draws us in and makes us part of the discussion happening on screen. While most other similar documentaries also show us the lives of those involved in the story they almost never draw us like in Tribal Justice. In other films there always seems to be a wall between the audience and the judges and even the judges and the people before them, but here the wall is gone and we get a sense of this being more than just being an official proceeding but instead this is a like family. You have to applaud director-- for making this story not about the abstract idea of justice but rather a story about people where we really get a sense of the stakes for everyone involved.

TRIBAL JUSTICE plays June 8 and 9 at the Brooklyn Film Festival. FOr tickets and more information go here.
Posted by Steve Kopian at June 06, 2017