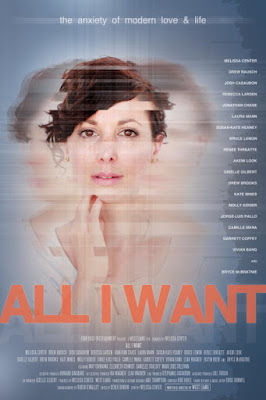 You've heard this one before but don't stop me- a bunch of friends get together for a party, in this case the 10th anniversary of one of their own and laughter is had, ears are shed and food is eaten as secrets are revealed. 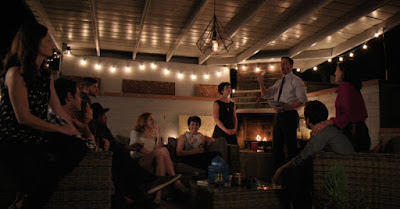 ...on the other hand the cast lifts the film up and makes this a film you'll want to take the time to see. Their chemistry makes this something more than the usual riff on the Big Chill.

ALL I WANT is a good enough variation on a theme that I'm not going to try and cobble together a review that doesn't do the film justice. Actually I did try to put something together but in the crush of festival coverage I can't make it sound the way I want it to. To that end I'm going to let this piece sit here and I'm going to simply say that ALL I WANT is worth you time and money and that you really should make an effort to see it when it plays tomorrow at Dances with Films (all the info you need for tickets are here). I on the other hand will circle back and do a proper review when the film gets a regular release down the line. 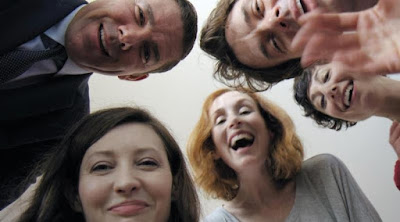 Email ThisBlogThis!Share to TwitterShare to FacebookShare to Pinterest
Labels: dances with films 2017, drama