A catch up Post- Peanuts Movie, Beauty & the Beast and Get Out 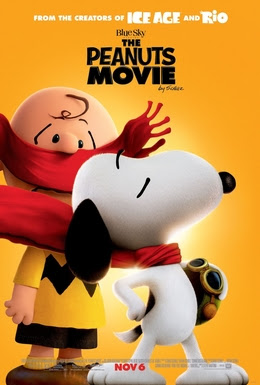 For the record the second half of the Peanuts Movie and the ending wrecked me. As someone who aspires to be Linus but knows he’s really Charlie Brown the world turning in his favor just broke me- which would have been fine but I was on the couch at my brother’s house with a lot of adults who could never understand how glorious the ending where it all goes right was and why I was crying uncontrollably. 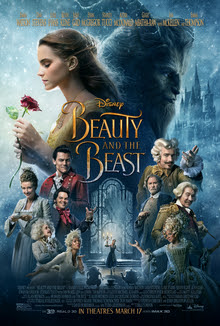 BEAUTY AND THE BEAST
As in the original classic animated film a monster is saved from destruction by the love a strong willed woman as beauty is revealed to be what is inside and not outside.

This is one of the most unreal CGI films I’ve ever seen, even going back to the early days of CGI experimental film like SKY CAPTAIN AND THE WORLD OF TOMORROW. Nothing looks real, it all looks as if it was done in a computer. While some of the character design is stunning the sets all looked fake to me. The film appears to have been shot to show off and look good instead of focus on the characters who remain cardboard throughout.

While not a bad movie it’s no classic. 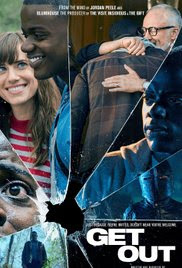 GET OUT (potential spoilers)
African American young man goes home to meet his white girlfriend's family and then things get weird.

Hailed as one of the best films of the year and one of the most chilling films in years GET OUT disappointed me.

It was not that it’s a bad film, far from it. Rather it’s that if you’ve you love horror films you’ve been here before many times. While the racial elements of the film (which I won't discuss here) are what set the film apart and lift it up from the rest of the pack, the film ultimately is a horror film that echoes others like SKELETON KEY, SECONDS, STEPFORD WIVES and any sort of small culty sort of tale. Watching the film I was a couple of steps ahead of it.

I do have to say that because of the rave reviews I tried not to find out what the film was about and other than the basic synopsis I knew nothing of the film. The only thing I heard was someone compared it to THE WICKER MAN, a comment which I’m still trying to work that out. When I saw the film I was going in blind. (I freely admit that I may have liked this more had the hype not been so highly)