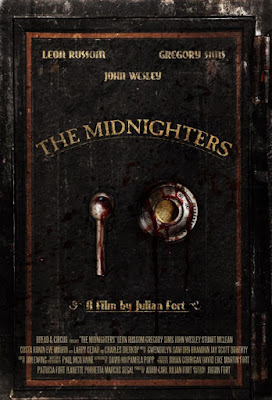 73 year old Vic gets out of prison after 35 years. trying to go straight he tries to reconnect with his old life. However he soon find that's things have changed and the money he thought would be waiting for him is long gone. He meets up with his son who has no real memory of his father other than as an abstract idea. Vic gets to know his son when he asks his father to help him with a plan to get out of the debt he owes to some very bad man.

Julian Fort has made a film that is hands down the best acted one I've seen so far in 2017. Beautifully acted by the entire cast, and Leon Russom in particular, this is a film that shows what great actors can do when given a great script. This film is the very definition of ensemble acting. I can't say enough good about everyone in in this film. 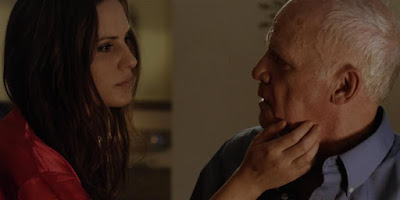 The film itself is largely gangbusters. a wonderful heist film has been wrapped a father and son tale with the result that we are treated to something truly special. Once this film gets going it is quite simply the very reason that I love to wade into small inde films - namely to find small gems like this that I can share with friends and readers because its going to knock their socks off.

The one small problem with THE MIDNIGHTERS is that for the first half or third the film is trying to do a bit too much. The advertised crime film is either missing or given a back seat to the story of Vic readjusting to life on the outside. Don't get me wrong, the scenes are great but even early on you know that the film is going to go off in another direction and you get kind of antsy waiting for it to happen...

...and then once it does get going the film moves like the wind and it just flies gloriously to the end.

I absolutely love this film

Highly recommended when the film plays tomorrow at Dances with Films. For more information and tickets go here. 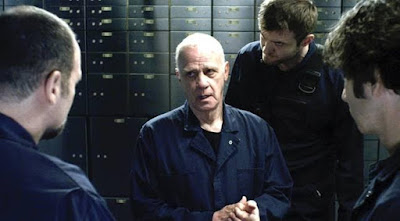 Email ThisBlogThis!Share to TwitterShare to FacebookShare to Pinterest
Labels: crime, dances with films 2017