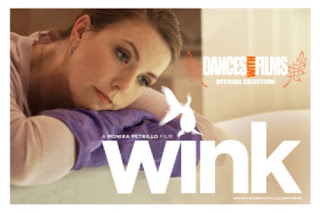 Sting in the tail short about a woman whose husband botches their anniversary and what happens the next day...

This is one of those shorts that is impossible to really discuss because any discussion on the film hinges entirely in the sting in the tail or the wink at the end of the film.

That said the film isn't bad but it takes a hell of a long time to get to the pay off. While I completely understand that the story has to play out, the pay off here doesn't justify the the length of time it took to get there.

Definitely an amusing tale but it may try your patience.
Posted by Steve Kopian at June 06, 2017

Email ThisBlogThis!Share to TwitterShare to FacebookShare to Pinterest
Labels: dances with films 2017, short