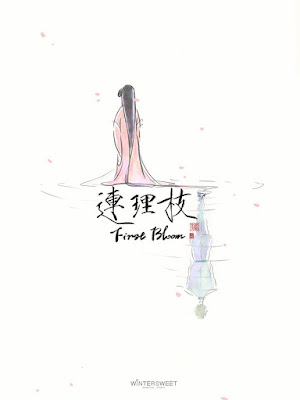 I have little to say but if there is justice FIRST BLOOM will win the Oscar for Best Animated Short. This is a five minute film that had me weeping at the end and then watching it again...and again ...until my computer locked up.

The plot is simple - a young boy is bought by the emperor to be the servant of his young daughter.  As time passes they become close.

Done in a watercolor style similar to Isao Takahata’s watercolor work this film is a perfect companion to his THE TALE OF PRINCESS KAGUYA. Not to put too fine a point on it it is as good as that feature which I hold as one of Studio Ghibli's finest achievements.

A simple tale delicately rendered, this is a perfect example of how a simple visual style delicately used can move an audience to tears in mere moments. This is as good as short films get.

An absolute must. This is one of the most amazing films of any length I've seen this year.