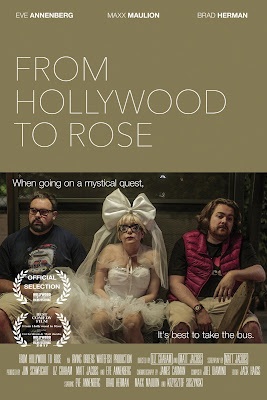 I genuinely can't review this film. This is kind of like stumbling across a lost film by John Waters but not knowing any of his films and wondering what planet the director is from.  Its a film that you are either going to be rapturous about or flee from in terror. I will not be responsible for doing more than point you in the direction of it.

The main story of the film, there are actually several stories or threads running through this has a middle aged woman in a wedding dress (see the pictures) fleeing her wedding and then taking a bus across Hollywood. Along she meets various people. Discussions happen.

Some of this is laugh out loud funny.Some of this falls flat. Some of this seems to be a really tight theater piece and other bits seem to have been stolen from other films in another universe. Some performances are fine and some make you wonder where the hell they got these people. This is a film that exists out of shear will.

I have no clue. I like chunks of this. There are some killer exchanges that make this the next quotable film. I love this film is ballsy enough to be itself....

...but I am rubbed the wrong way by the all over the place nature. This film frustrates as much as it delights.

That said this film is an absolute must see for anyone who wants to go off the reservation. If you want off Hollywood, even though that's where this is set do see this movie. If you don't mind a film that doesn't always work see this film.

This is a film for someone who loves movies regardless and delights in the bits that work. If you're a square you need not apply.

FROM HOLLYWOOD TO ROSE opens tomorrow. 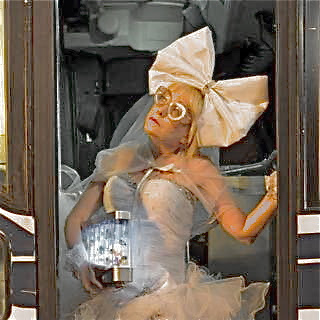