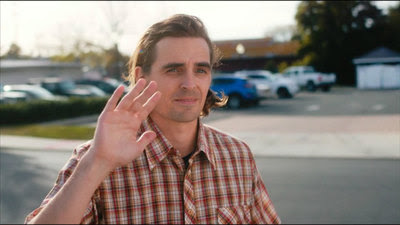 Limited web series screening at Tribeca concerns a  man who needs to get his driver's license fast in order to impress his on line girlfriend who thinks he's a professional race car drive. Then things happen...

Amusing story is kind of hurt by being broken into three minute bits. The starting and stopping of the pieces hurts the flow of the story which would be much funnier running straight through as either a short or feature

While I was only given the first three parts to screen I found it amusing enough that I really want to see where this goes. Considering that more often than not I'm done after a first episode of a series (which is why I tend not to review web series) saying I want to see the rest is an absolute rave.

For more information on the series go here.(Both screenings are completely sold out)