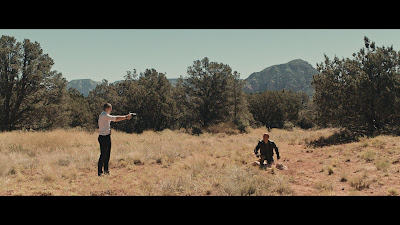 I don’t know what I think of ECHOES OF VIOLENCE. The plot about a real estate agent who rescues a young woman from being attacked outside a house he is showing and having events spiraling out from there is pretty good. The cast, including a dark turn by Frank Oz, is excellent.

The trouble is either the editing or the direction is no good to the point that I spent a large portion of the film talking to the screen wondering why the film was shot the way it was.  Why was something three shots in stead of one? Why was the camera placed in certain places. Very quickly I found I was watching the filmmaking and not the film itself.  After 20 minutes I backed things up and started again trying not to watch the wildly uneven filmmaking.

I was only partly successful and while I made it to the end of the film and its denouncement I found I was still annoyed by how the film was shot. The script and the actors deserved better.

I can’t in all good conscious recommend this film but if you want to see a good cast and good script and don’t mind that it’s wrecked on the rocks of weak filmmaking then give ECHOES OF VIOLENCE a shot.