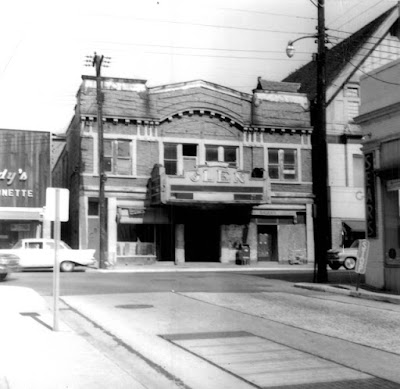 As we get closer and closer to the anniversary when the country shut down for covid I have been thinking about the Stay At Home Fest  that ran in one form or another for most of last year. When it started I was reposting reviews of films that you could watch streaming or on home video. That evolved into YouTube links.

Now with the anniversary of the lockdown, and the festival I as wondering what films you'd  program in a stay at home festival. Are there any films that you'd tell someone to watch if they were stuck in quarantine? What film series? What film related thing? WHat discveries have you mad

I am genuinely curious what your choices would be so please respond below, email me or contact me on Twitter and let me know. My hope is that with your help I can put together a bunch of films for one more Stay At Home Fest  before the need to stay home ends

Because I am constantly being asked by filmmakers, studios and PR people this week I've put in my third application for Rotten Tomatoes.

A reminder that NYICFF and Rendez-Vous With French Cinema continue for another week. I have more reviews from Rendez-Vous coming and I am going to try and fit in a few more NYICFF films

The rest of March is going to be a mix of new releases and festival coverage. I will be covering a few from Cinequest, some from SXSW and hopefully some from Oxford.

New York City movie theaters have opened at 25% capacity. I know the studios are breathing a bit easier since it was a huge market.

I have no idea if it's a good thig or a bad thing. I do know that some of the inde screens like the IFC Center will not be selling concessions  so that there is no reason to remove your mask.

While most people I know will not be going to the theaters anytime soon, I have no trouble doing so. Indeed back in November I did go to a local theater to see ON HER MAJESTY'S SECRET SERVICE. The other couple in the theater was several rows away on the other side of the theater.

Do I foresee going to a theater for a film? Yes for GODZILLA VS KING KONG.