The Walrus And the Whistle Blower (2020) hits Discovery+ tomorrow 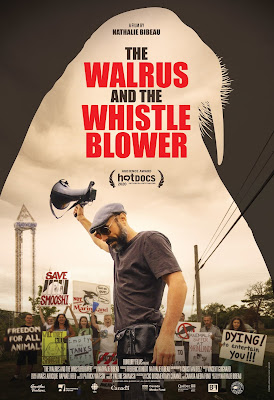 This is a repost of my DOC NYC capsule review from last year.
A portrait of Phil Demers , a former Marineland employee and now animal rights activist who is fighting to get the animals out of Marineland.

While I tend not to love the animal rights films because they tend to be rather preachy and tend to travel the same paths from start to finish, I liked WALRUS AND THE WHISTLEBLOWER  much more than most because I liked Demers a lot more than other people I've seen profiled, largely because he isn't portrayed as overly somber.

This is a solid film and worth seeing.