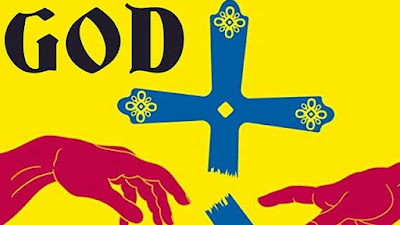 GOD is one of the great surprises of this film year. Appearing during the holy week between Passover and Easter on Ovid.tv, the film is a perfect film for the modern age. 17 filmmakers recorded the Pope’s visit to Chile in 2018 focusing not only on the preparations for the event but life in the cities and villages. The result is a film full of life and wonder that  not only warms the heart at times but makes you think about the intersection of religion and society and religion and commerce.

I love this film a great deal. I love that it can balance the ridiculous (workman work that a statue of the baby Jesus doesn’t have underwear) with the serious ( you really notice the cost as we see the huge splendor of the stage and the poverty of some communities)  with the thought provoking (two men discuss the right to believe in a hospital room). This is a film that makes up feel and think all sorts of  things during its brief running time and manages to never ever make any emotion or thought feel short changed. It all is put together perfectly for maximum effect.

I am in awe of the editing which blends the work of so many different filmmakers seamlessly. It all feels like it was one crew and one mind putting it together. It’s an amazing achievement considering that films that try a similar thing always seem to have one or two bits that seem like they were made by other hands.

This is a great film. I can’t say enough good about it.

Recommended when the film starts playing Friday April 2 on Ovid.tv