Three by Midi Z: CITY OF JADE, RETURN TO BURMA, and 14 APPLES are playing at the Museum of the Moving Image

CITY OF JADE
Midi Z makes a film about his brother and his desire to go to the City of Jade, an unregulated and wide open jade mine that was abandoned by the big corporations because it is in a war torn section of Myanmar.

A bleak look at a way of life alien to most people this is slice of life on the downside. Meandering through the life in and around the mine where poverty and drugs rule the war torn province this is a hypnotic film that sucks us in and carries us along into a deep sadness.

As good as the film is on its own terms it is a film that will really hit home for those who have seen the directors other films such as ICE POISON  since it reveals how much he got right. 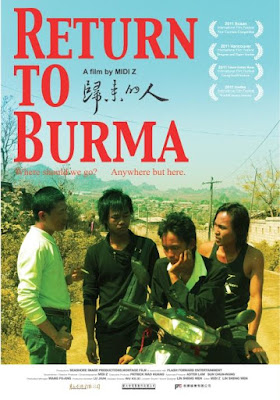 RETURN TO BURMA
A Burmese worker in Thailand decides to go home again and finds everything hasn't changed as he had hoped.

Portrait of Burma through its lower classes this is film that seems to border on being a documentary. Its a slice of life where everyone is trying to figure what do do next. Our hero has returned home hoping that the new elections changed things but instead finds t really hasn't. Indeed his brother is plotting to get the hell out of dodge himself.

Midi Z's first feature is a good film but is a bit raw around the edges. There are times when he lets things go a bit too long or that he didn't know how to sum things up. Still it is a film of quiet power and worth  a look/ 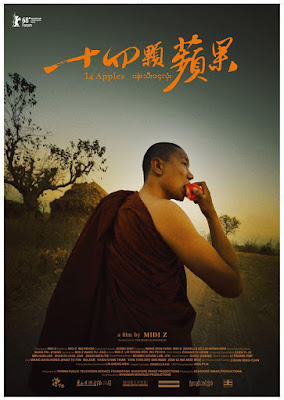 14 APPLES
Midi Z follows his friend who is sent to a monastery with 14 apples, one for each day he will be there in the hoe of curing his insomnia. Instead of finding a life of meditation instead he finds a place of hard scrabble existence.

Unplanned, and shot on the fly 14 APPLES is documentary that is frequently shifting as Midi Z discovers things to look at such as sifting from his friends experiences to those of the villagers in the town around him. The result is a film that frequently delights with something new and just as frequently get a little dull as Midi Z's long takes go on a bit too long.

With the good out weighing the bad , 14 APPLES is recommended, particularly if you only think of monks in terms of Christianity.