This year at the New York International Children's Film Festival celebrates the Magic Light Studio whose films frequently  win awards at NYICFF and other festivals. 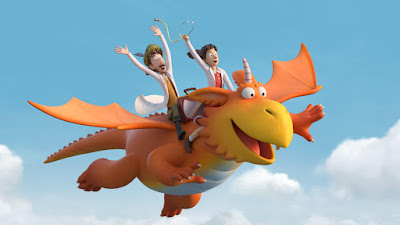 ZOG AND THE FLYING DOCTORS (2021)
Zog the dragon flies Dr Princess Pearl and Gaddabout another doctor across the globe helping animals. Eventually Pearl has to use her skill to heal the king who has taken ill.

Frequently funny film explores the important theme that girls can do anything. Full of great sight gags the film will make you laugh out loud.

As good as the film is it's a tad long at 25 minutes. There was one or two points where I just wished it would move a little faster. Do understand that I'm quibbling about the length since the reality is I'm just upset slower pace means there is a point where there jokes grow further apart. 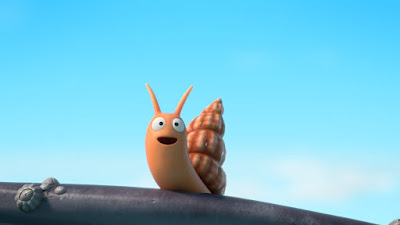 THE WHALE AND THE SNAIL
A Snail with an itchy foot wants to see the world so a whale takes him across the globe.

This is a beautiful tale of friends seeing the world is a visual spectacle. I can completely understand why this film has been take to heart by NYICFF audiences and those around the world.

If I were to quibble about the film  it would be the pacing of the film which gets a bit odd with what is largely a travelogue for most of its running time suddenly getting a plot in the final moments. While there is nothing wrong with what happens, how it is integrated into  the film makes it seem like an after thought. It isn't but how it just happens is.

Ultimately my quibble is meaningless since this film has some amazing sequences you just have to see.