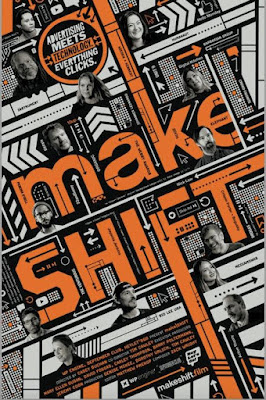 makeSHIFT is a look at advertising in the age of the internet. It is a look at how the need to keep people's eyes on the screen so they can see the ad is changing everything around us.

Good fast moving doc is kind of too fast moving and too over stuffed for its own good. Don't get me wrong this film is really good and it places the state of advertising into a killer context, but the film could have used a little breathing room.

The film runs 75 minutes and it never stops, it never gives us a moment to fully take in everything that it is throwing at us. Sure that means that we are full to the brim with facts, but it also means that we have to unpack it all after the the film. I finished the film and wondered what I had just watched. Over the following few hours I started to put the pieces together and sort out what I had just seen. Indeed it wasn't until I went and looked at the film a second time did it all really come together for me.

Most certainly worth a look, especially if you have any curiosity about advertising today.