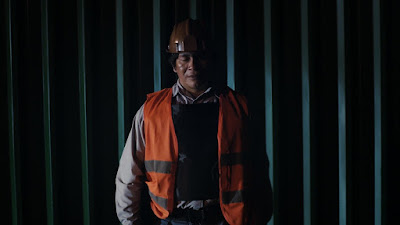 Not long after a widowed security guard's daughter informs him that she is going to  move her medical practice to a different city he contracts a mysterious illness. Tests prove inconclusive and he drifts back to his home in the rain forest to look for a cure.

A slice of life film that ponders the clash of cultures between those that leave their homes in the country and move to the city.  Working best for me as a slice of life film that shows us what life is like for those in the situations depicted. For me the addition of the mysterious illness adds a layer of pretension that isn't needed. Most of the themes it raises are already in play and we don't need to have our attention focused on them.

Regardless of my quibbles the film is beautiful to look at and recommended for images if nothing else.