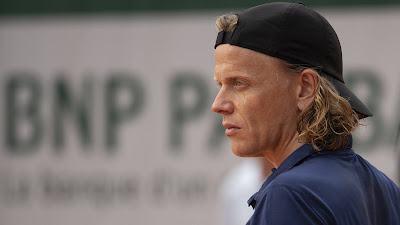 Good but unremarkable drama is very well done on pretty much every level, except the one that injects excitement into the proceedings. While I admire the effort to try an keep the proceedings realistic and not to really pump up the tennis sequences, the unfortunate result of it is the matches are exceedingly dull with the final match ending up kind of boring. I'm certain that were I a tennis fan this might play better, but for me as a person with only a passing interest in the sport I lost interest relatively early and only hung in there because I wanted to know how it ended.

Not my cup of tea, but tennis fans may like it.