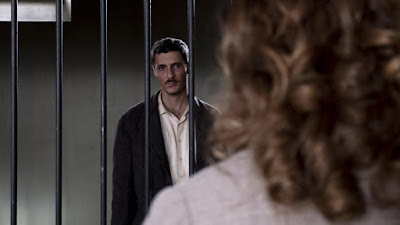 This is the story of  Algerian dissident Fernand Iveton and his wife who struggles to keep him out of trouble as he fights the French forces in 1950s Algeria.

Well made and earnest historical drama and romance has  some killer performances  by leads Vicky Krieps and Vincent Lacoste that suck you in. Told in a alternating time shifts between Iveton's arrest back to beginning of the relationship the film really lets us know who these people were.

Unfortunately as good as the film is, there is perhaps a bit too much polish on it all. There is a fine sheen to it all and on some level it neve fully feels real but a historical romance with a tragic outcome. Don't get me wrong I really liked the film but I wanted to love it. Though to be honest I don't know if the lack of love for the film is due to the film itself or that in the last few weeks I've seen three other films of various types on the Algerian War.

My lack of made passion for the film aside, it is definitely worth a look especially if you like historical romances