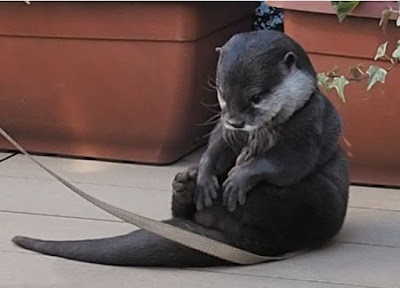 This week nothing approximating an essay- just a few random bits. I should be back in essay mode next week

SXSW starts this week. While I am not covering it as credentialed press I am fighting to get a curtain raiser up but I need get through a few more films and I'm not sure that will happen before the fest starts on Tuesday.

That said you MUST see WHO WE ARE: A CHRONICLE OF RACISM IN AMERICA. It will rock your world

Also a couple days later Cinequest starts. I will hopefully have coverage of that as well.

While I am still plugging along with festival and new release coverage things are going to be slightly scaled back for the next few weeks. I’m not going to try not to have to do multiple posts every day unless I really need to. Things have happened in real life and I’m backing off a bit. It’s not that I don’t want to go crazy at every turn, rather its simply life has thrown some stuff  my way and I have to wade through that instead of creating content for the website.

I am upset that NCIS New Orleans has been canceled. To me the show has finally hit it’s stride and its ending.

I blame the scheduling gods who moved it from it prime spot on Tuesdays and buried it Sunday at 10.

It will be missed.

And as for the regular NCIS - the way they are stating to kill off the cast there maybe no one left for next season except the dead. Perhaps it's aiming to end up as CBS version of the Walking Dead

My last film before the lock down was THE BRAIN FROM PLANET AROUS riffed by Trace and Frank, the Mads from MST3K at the Brooklyn Alamo Drafthouse. I went with John DiBello (who finally got me go with him after years of trying), Nate Hood, Bully and Tom Servo.

That was the last time John and myself self saw Nate before before the Mads launched him into space. The idea was that he was going to be the new guy on the Satellite of Love but the ship crashed in Florida where he is now working on healing from his injuries and preaching the word of Spaceman Spiff to the starfish that cross his path. (Have you heard the good news? Have you taken Spaceman Spiff and his intergalactic ray gun as you lord and protector?) As I write tis Nate is sitting on a beach drinking mimosas, eating burritos and ice cream,.and setting up an underwater ministry and starfish out reach program

I watched MONSTER HUNTER -it is hands down the worst Paul WS Anderson film.

The story of a soldier thrown threw a wormhole where monsters roam. She must fight to survive.

The problem is that is the whole plot  (no really that's it) Its is all action and little else- I mean any exposition comes in 70 minutes into the film when new characters, including a wasted Rob Pearlman, appear. As a ballet of violence its fine but there are no characters to really root for or anything approximating a plot to hold on to.

I am wary- I've put in for Rotten Tomatoes as life has been shortening my pieces. Hopefully that won't work against me