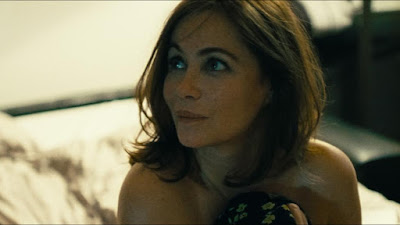 When her husband dies a woman goes to live with a relative while returning to college. There she begins to reshape her life thanks to the people she meets.

We've been here before, there have been many similar films over the years, but it doesn't really matter because the cast (Emmanuelle Béart​,Vincent Dedienne, and Tibo Vandenborre) is so good you get sucked along. Playing things much more seriously they give weight to what is typically played as something for laughs. For the first time watching a story like this I considered what having to start over again really  means.

While the film is perhaps a tad too insistent that it means something, it still manages to score points and win hearts with its measured and well thought out look at the changes that come into our lives.