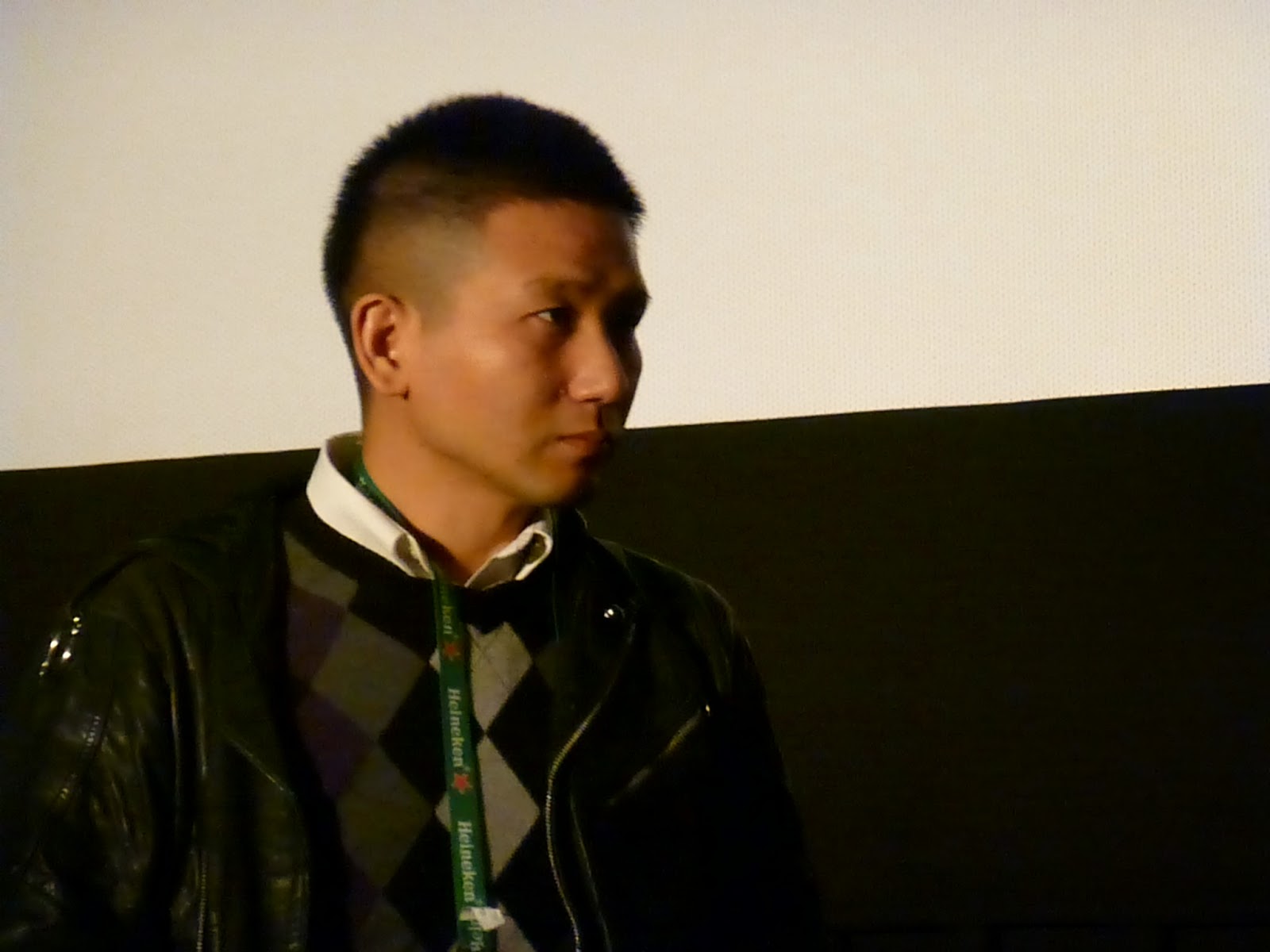 With The Museum of the Moving Image running a six film series of the the films of Midi Z including his latest NINA WU starting Friday here is a chance to look back to 2014 when Mondocurry interviewed Midi Z and his star Ke XI Wu about his then current film ICE POISON which is running as part of the MOMI series.
One of the more well-hidden discoveries of the 2014 Tribeca Film Festival was ICE POISON, a cinema veritae-inspired tale of poverty and drug affliction in the breathtaking rural environs of Burma and neighboring parts of China. To make the film, director MIDI Z returned to his native Burma after a lengthy stay in Taiwan, where he studied filmmaking. Populating his film with both professional actors and natives of the provincial areas where he shot the film, he sought to achieve a truly lifelike depiction of the Burmese people, with their relatively lethargic pace, in the face of increasing worldwide industrialization. Z, along with Taiwanese lead actress Ke-xi Wu, discussed the inspiration for the story, challenges of maintaining a sense of realism, and adventures of filming in areas without permission.

MondoCurry: You lived in Burma at a very young age. How much of situations shown in your film were familiar to you growing up?

MIDI Z: I was born in Burma and  went to Taiwan when I was 16 to study Chinese. In 2008 I returned to my hometown for the first time in ten years.  I met my mom and my childhood friends. At that time a guy who escaped from Thailand was arrested at the border and put in jail. He used crystal meth, or “ice Poison,” and got crazy. He’s still living in my hometown. I met with him but he didn’t realize who I was anymore. And I did some research about the family and wrote this story.

(The story) is about how Burma is changing. Many businessmen come to Rangoon to for trade. And most of the people, the lower class people, like the farmers at the base of the mountain, will plow the fields but the harvest is very poor. So most of them imagine what they could’ve done to make a better life. They imagine making a better life…like in this story, the father buys a motorcycle to run a scooter taxi…But mostly (these native Burmese) aren’t suited for this modernized life.

For me this is a common story that is happening everywhere. In my view, this is not just a story about Myanmar. It’s about globalization everywhere.

MC: For some viewers, there may appear to be various forms of drug use. Can you give some context to clear up any possible confusion?

M Z: (the old men smoking in front of houses) is nothing bad, it’s just like smoking tobacco cigarettes with a water pipe. But crystal meth is also so easy for people to get. For example a boy, after graduating from junior high school, can get a job and then get the ice very easily. One reason people get into it is to help escape something.

MC: There are a few very surreal and distorted visuals when characters are taking ice. Can you talk about how you came up with the way you showed the drug’s effects?

M Z: It is based on the truth. I interviewed so many friends after I did research. Actually, one of my classmates in Burma was just 13 years old when he started to use ice and. It’s a common situation…You bring a bag of ice to a hotel in China, and then waiting in the hotel for the buyer…In his case, before the buyer came, he was just curious so he started using. After that he fell asleep for two nights. When he woke up, he was arrested by the police. His memory became distorted.

MC: Did you work with a lot of non-actors on the film?

M Z: Yes, in my previous 3 films most of the supporting actresses were not professionals. But their real life was connected to the story. That is why it is really easy for me to get their performance. But the main character, like (Ke-Xi Wu) has always been played by a professional.

MC: How do you work with the nonprofessional actors to get the performance you want?

M Z For the nonprofessional, it’s very easy. I don’t tell them how to act. I just told them the main structure of the story and main point of the dialogue, but they can be free to act their own way as long the main subject of their dialogue is maintained. They can move wherever they want. Sometimes it is difficult to capture them because they move. But the professionals, they realize the camera too much. We should discourage them from showing their realization of the camera.

I think for the professionals, they feel their character needs to cry or act or perform. And it’s very easy for them. But sometimes I’ll just say to the actors to sit there, and do something very natural, for example, have a conversation with the mother. It’s no performance… 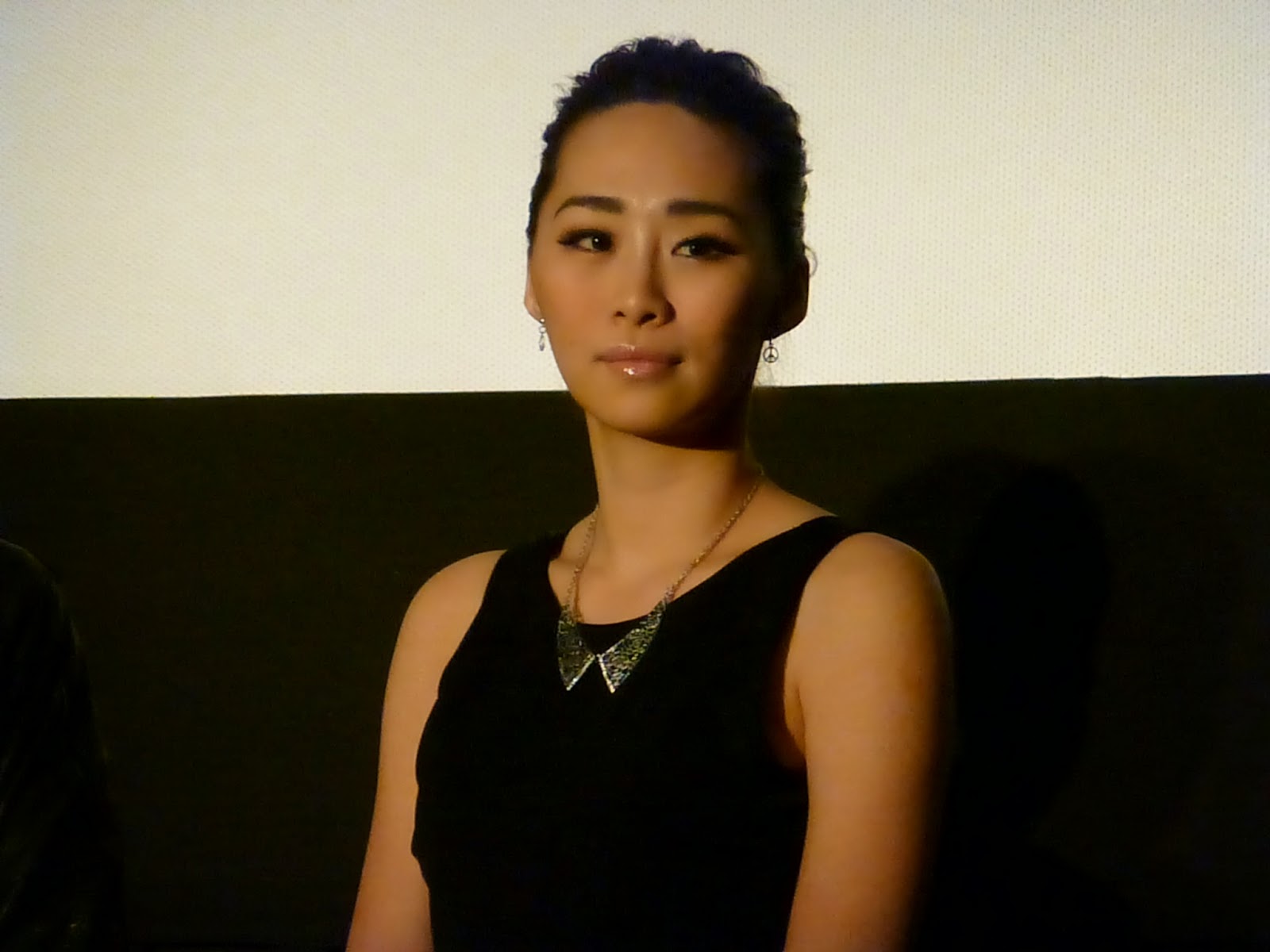 MC: How did you feel about improvisational acting?

Ke-xi Wu: I was a stage actor before and I especially liked improvisation. To me it’s not very stressful. It is very challenging. In the beginning, around 2009,  I had a lot of experience to learn about this way of acting.

MC: Oftentimes it appears that only one camera is used, and scenes are filmed with one long shot. Was this done to capture the Burmese pace of life?

M Z: Yes, mostly one camera was used and filming was only one take. In such type of story, timing is important. It’s all about waiting.  The poor people are waiting for changes. They may be waiting for a phone call from Mainland China, so the long shot from the camera will show this timing….

MC: The selling of drugs comes across as matter of fact, not so dramatic…

MIDI: They show up like a guest and just come in and give the person something and get the money. It’s so normal and simple.

MC: Was it a typical situation that police would be there waiting, like what happens in the film?

MIDI: Maybe the police would come to arrest the woman. They would let her go if she pays. They wouldn’t just be arresting her because of the law. No…everyone everywhere has his own reason to do something. Here they are doing that to make their living.

MC: The reaction of the male lead also seemed very genuine, and not necessarily heroic…

MIDI: Yes, that is very human. Actually Ice Poison is a very mainstream narrative, a dramatic story. But I didn’t allow it to happen in a dramatic way because I wanted to make a film very realistic.

MC: The setting has a natural beauty. Did you know what you were looking for when seeking out filming locations?

MIDI: I was very familiar with the setting because I lived there for 16 years. Doing research, I found some places. There is one scene on a hill. Just 100 meters from this hill is the CIA station. During the shooting, they came to us and asked ‘what are you doing?’ Then I went to negotiate with them.

K W: That scene was shot without a D.P.

MIDI: I just told the actress ‘ok, now the cinematographer will be the director. You are going to be shooting and I am going to negotiate with the police.’

K W: We quickly finished two shots and then pretended we were tourists.

MC: Is there anything else that you feel might be misunderstood by an international audience that you would like to make clear about the film?

MIDI: At the beginning people may think it’s political or about drugs but really it’s a story about globalization. It occurs even in America and Europe.

MIDI Z’s next project is expected to be a love story about immigrants in Thailand. ICE POISON has been screened internationally at various festivals.