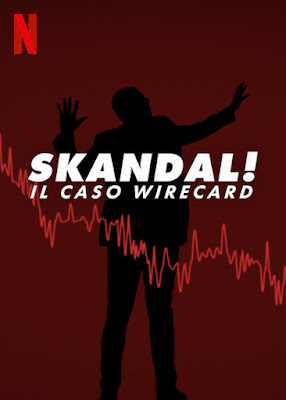 SKANDAL is a crazy story. The story of the German company Wirecard which was nominally set up to move money around. It grew exponentially into a financial juggernaut worth billions. The problem was that if anyone looked there was literally nothing to the company.

One part crime drama and one part thriller this is a look into the shadowy world of financial manipulation of the stock market that mad many people rich and bankrupted others. It’s a crazy ass tale where everyone was spying on everyone else, and for a brief period the good guys looking into the business were viewed as bad guys. I was captivated.

And lest you think that this  will require an accounting degree, it really doesn’t, partly because they explain everything so perfectly that anyone can understand it,  and secondly because ultimately there is nothing going on. Wirecard was simply a shell created by good PR and stock manipulation.

Highly recommended, this is a great deal of fun.