Blood in the Snow 2019 Shorts 4: SKY SO BLUE, LADY IN THE SHOWER, REMNANT and ONE LAST HEIST 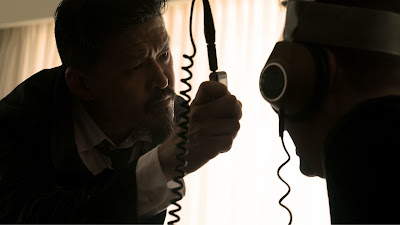 SKY SO BLUE
A man breaks into the home of the creator of an audio file that kills those who hear it. Well made film with a great idea is hurt by the miscasting of Jeff Sinasac as the man strapped to the chair. While not bad his expressions of terror look more often that he is on the verge of laughing. If you can get past that this is a killer little film

LADY IN THE SHOWER
Form over content story of a woman in a hotel room taking a shower and what happens. A well made show reel this is more a kick ass sequence that belongs in a larger film. What here is great but I want to see more....and you will too when you see this. 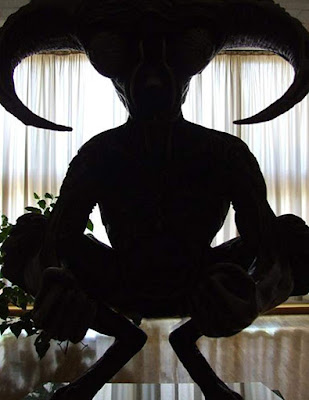 REMNANT
A team of parapsychologists investigate a haunting...
Good little horror tale surprises at several turns and ends up being a satisfying little thriller

ONE LAST HEIST
A heist has unexpected romantic complications. A wonderfully charming heist film has me wondering what it is doing at a horror fest-but then again its just so damn good who the hell cares since it is such an absolute blast.
Posted by Steve Kopian at November 24, 2019

Email ThisBlogThis!Share to TwitterShare to FacebookShare to Pinterest
Labels: crime, horror, shorts, The Blood in the Snow Canadian Film Festival 2019