Border of Pain
This film will make you shake your head in disbelief and rage. This is the story of the sick in Gaza who are limited by Israel as to what sort of treatment is available. Should you have something as serious as cancer you are forced to either scrounge to get medical supplies or make an impossibly difficult trip into Israel proper in order to get treatment- assuming you have the right passes to get through the security. This is heart breaking tale that makes you wonder how this can happen in today's world. A must see. 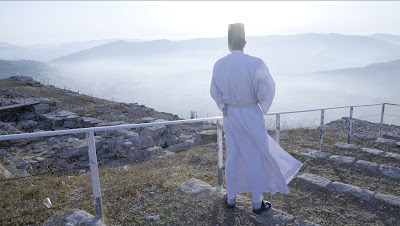 Samaritan
Portrait of the dwindling community of Samaritans who have lived in what is now Israel for millennia and who have had their number reduced to just over 100. Neither Israeli nor Palestinian, they must carry identification from both authorities. This is bittersweet portrait of a people trying to live as their forebears did but finding it increasingly difficult thanks to the groups around them who would like nothing more than devour them. This is a really good look at a people most of us, myself included, didn’t realize were still around (I keep thinking of the parable from the Bible). Definitely worth a look. 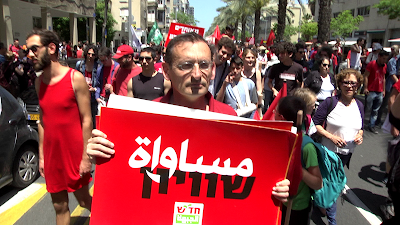 Comrade Dov
Portrait of Dov Khenin, activist and member of the Knesset who cheerfully going about his life’s work of trying to help those needing help. From making sure funds go to the right place, helping immigrants or the down trodden Dov is there. The result of his always being in the thick of things he has been called ever name under the sun, and few others as well. This is solid portrait of a man who is forever trying to do the right thing regardless of who it pisses off. After watching the film I completely understand how the director’s one shot interview became a thirteen year mission to document his subjects life. Recommended.


All three films play this weekend at the Other Israel Film Festival.For tickets and more information on these films go here
Posted by Steve Kopian at November 12, 2019